Art-Osc is designed to provide a standardized syntax for transmission of lighting control data over the Open Sound Control (OSC) protocol. OSC is a transport independent mechanism and, by definition, so is Art-Osc. However it is considered likely that UDP will be the preferred transport. Art-Osc provides a common syntax that allows three separate ‘languages’ to be encapsulated by OSC. These are:

Initially, Art-Osc servers are likely to be iPad, iPhone and Android tablet devices. 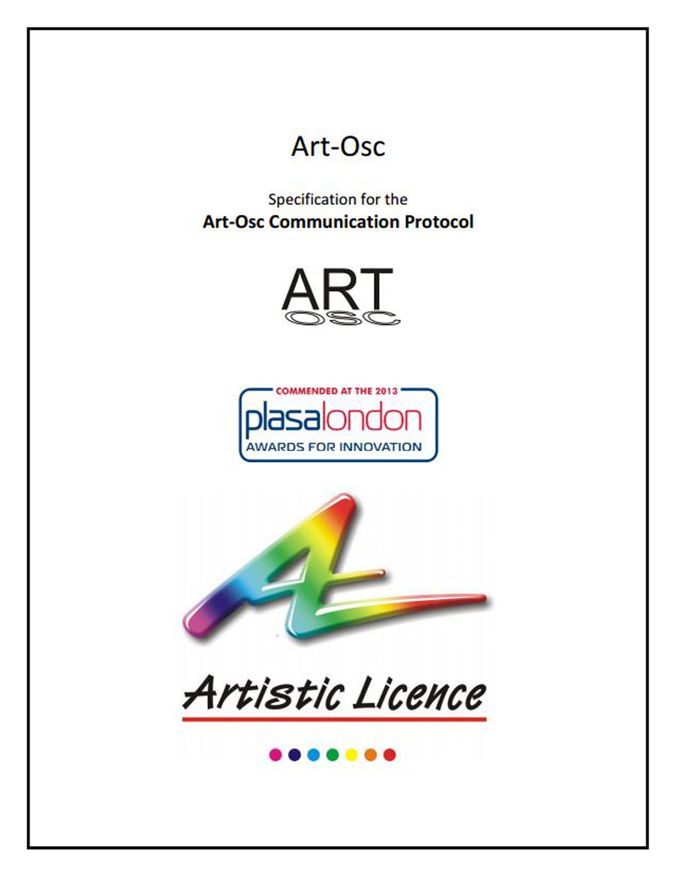